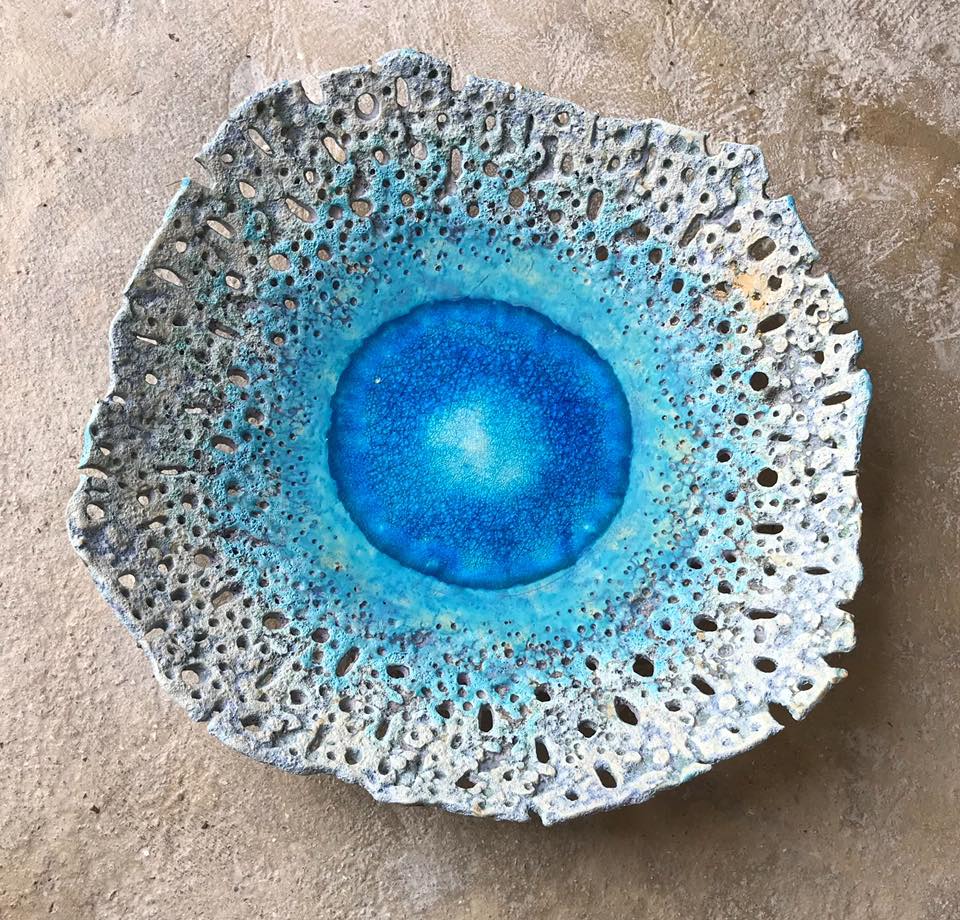 All my life, I have been fascinated by the sea. Or, perhaps more accurately, where the land meets the sea and is constantly affected by it. Rocks which have been laid down and perhaps uplifted or folded for millennia are exposed in cliff faces, constantly reformed by waves and wind to reveal hidden secrets, such as ancient fossils or the effects of erosion and time.

Often pools may be left behind by the outgoing tide and small sea creatures can be seen. Don’t look for these in my pots though. My pots are more abstract or symbolic, rather than copies of such phenomena. I aim to give hints rather than full explanations, which leaves you, the viewer, the opportunity to interpret and read into the forms whatever you may, in your own various ways.

Colour and texture are vitally important to me in making my own personal interpretations of the amazing natural world.

In the making of my work, I employ a whole range of techniques, including throwing, turning and altering, pressing, slabbing and coil building. I also impress, pierce and apply clay and sometimes add other materials to the clay.

All the pieces are fired twice in electric kilns. The first firing (biscuit) is to convert the clay to ceramic and to facilitate glaze application. This firing is to 1000 degrees, after which I apply glazes, colour or metal oxides. These may be dipped, poured or sponged, brushed and wiped or (rarely) sprayed. The pieces are then subjected to their second firing, which is to 1250 degrees, sufficient to render the clay non-porous, which gives it strength.

Opening a kiln is always a moment of great excitement, as the heat has totally transformed what went in. Glazes, which were grey when applied, now emerge as beautiful blues or turquoise. Glass, placed as fragments in the bottom of bowls, has totally melted and fused with the clay to form exquisite pools. The textures will have been developed in various ways, due to the type of glaze and the interaction between different glazes.

I hope you will enjoy sharing the pleasure that I get from creating my work.