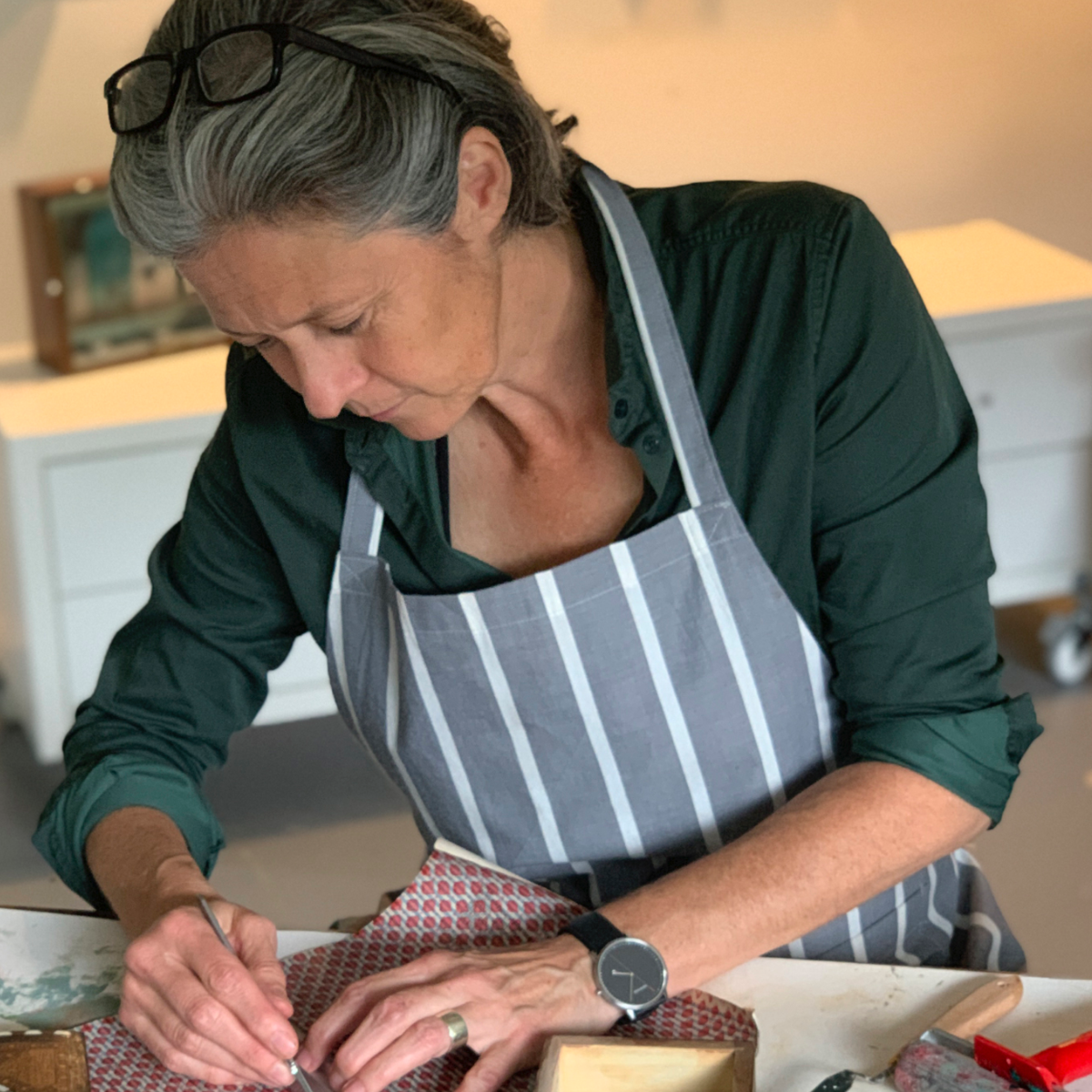 Claire Newman-Williams is a British photographic artist. Whether crafting mixed media collages or photographic prints, Claire creates images that appear to have been pulled from the no-mans land that exists between imagination and reality. These images, often described as “filmic” and “haunting”, leave us wondering which world they inhabit. Are they created in our contemporary world, or are these vintage-looking images visual echoes plucked from another era?

In her “An Absence” series, haunting black and white elements merge with translucent layers to form mystical impressions of natural landscapes. She gives each of her subjects an emotional and atmospheric dimension as she manipulates colour and texture to form photographs that verge on being otherworldly.

Claire’s art work has been exhibited at the London Art Fair and Miami Context with Turner Barnes Gallery and she was named one of 4 must-see artists at The Other Art Fair, Bristol by Rebecca Wilson of SaatchiArt.

She says of her work; ”I have a cupboard full of old film cameras; a Brownie Autograph from the early 1900’s, a 1940’s Speed Graphic, old polaroids, plastic Holgas, and 35mm Nikons from the 1970’s. I’ve particularly loved working with a process called wet plate or collodion photography, which is a photographic process that was used before film existed. But whatever the process or the equipment used, I want an image to be a transformation of experience. I interpret and transform the subject to produce a picture that is different from the scene I observe with the naked eye. I have no interest in simply recording what is in front of me. When I shoot, I regularly find myself capturing somewhat random images that inspire me at the time, but have no real sense of context. That comes later when I layer together the different elements of a piece to create a narrative. In the moments that I capture the images it’s more like being a collector than a photographer. It’s in the post- photographic process that the story is told”.