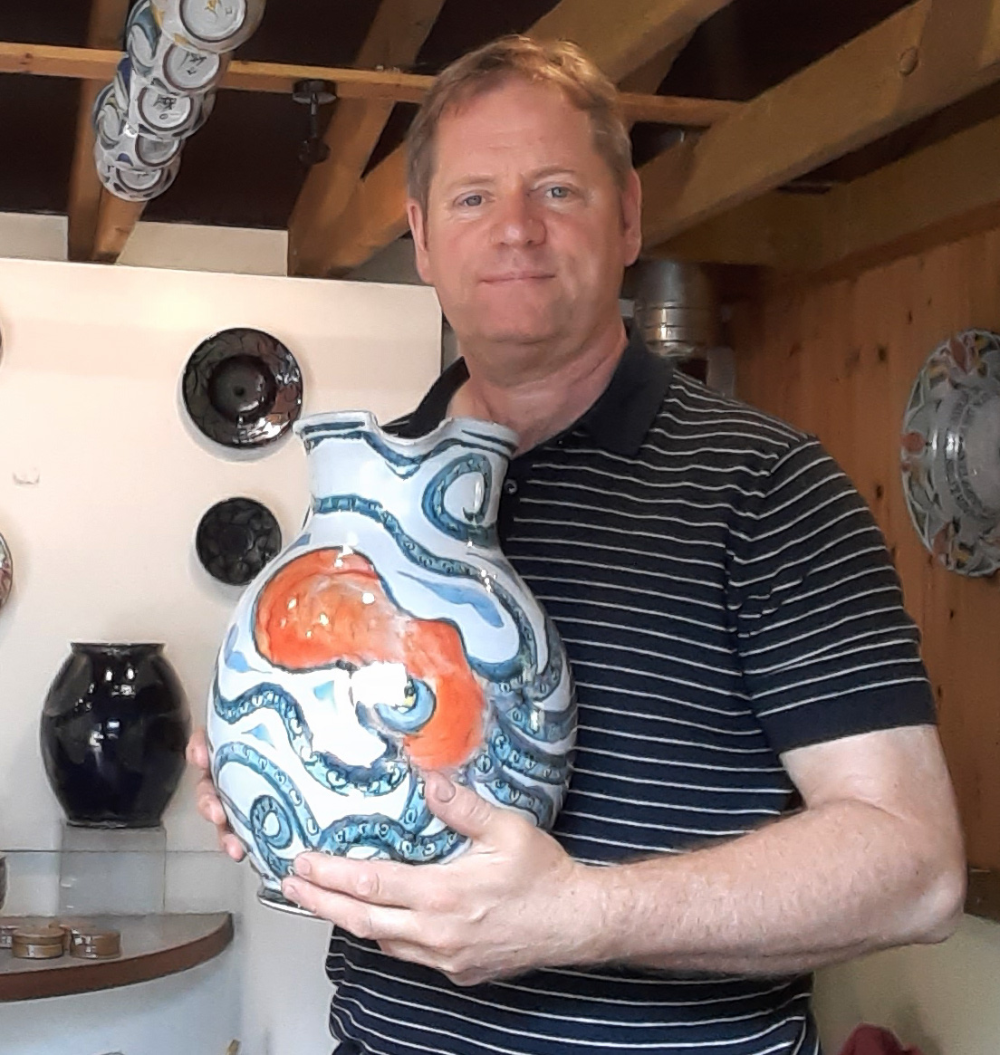 Andrew has worked with Mary Wondrausch and Alan Caiger-Smith. He learned the technique of tin glaze earthenware and reduction fired lustre at the Aldermaston Pottery in Berkshire which he joined in 1984

Using a blend of Italian Duruta and a Valentines clay, Andrew hand-paints the oxides onto the tin glaze in the maiolica tradition.

Tin oxide has been used as a whitener in glazes since ninth century Persia and lustreware also has its roots in this period. These two techniques travelled through Spain and the rest of Europe becoming popular in England around the eighteenth century. Andrew is also producing reduction fired lustreware. Using silver and copper paste this technique needs a reduction of oxygen during the firing to create the iridescent surface.